Top 10 fastest bikes, hopefully we’ll be impressing the boys with this post. Here is an exhaustive list of top 10 fastest superbikes. We have tried our level best to gather information from various sources, and inter-tallied them. This seems to be a viable answer. Top speed would be considered here under testing driving conditions. If you’re about own anyone please do let us know how it feels to ride them. Here goes top 10 fastest bikes in the world.

Replacing the Ducati 749, the 848 weighs 370 pounds and was announced in 2007. The 2009 model was available in Red and Pearl White color. The 848 shares more features with 1198 than its predecessor, the 749, like single-sided swingarm, same rake and trail and same valve angles among many. 9 more after the break…

This is the successor to the Aprilia RSV 1000 R motorcycle which began manufacturing in 2004. The RSV4 was unveiled at the International Piaggio Group Convention in Milan, Italy. During its first full season of World Superbike racing, Max Biaggi aboard the RSV4 reached the podium 9 times, and won one race at the Brno Circuit.

Introduced in 1985, the Suzuki GSX-R750 features a 750 CC 4-stroke engine and weighs 437 pounds. It easily goes to 300+ km/h and is priced at $12,000. It has an excellent body work and is the most powerful, efficient and cleanest running production engine Suzuki has ever produced.

Lets discuss 7th position in the list of top 10 current fastest bikes in the world. Yamaha launched the YZF-R1 after redesigning the Genesis engine to offset the crankshaft, gearbox input and output shafts and this “compacting” of the engine yielded a huge dividend in that the total engine length was now very short. The Yamaha YZF-R1 motorcycle, introduced in 1998, was the first significant motorcycle in the true liter class (1,000 cc) “handling arms race” between the Japanese Big Four motorcycle manufacturers (Honda, Kawasaki, Suzuki and Yamaha). When introduced, it took the class closer to a true racing motorcycle, and increased the handling capabilities. May be some more improvements it might push it further to the top among the top 10 fastest bikes in the world. 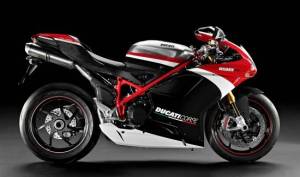 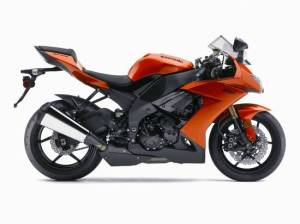 With the highest theft and damage loss claim rate of any registered motorcycle, the Ninja ZX-10R is at number four. It is a successor to the ZX-9R sport bike. It boasts ultra-narrow chassis, low weight, and radial brakes.

Engine: 1340 cc (82 cu in), 4-stroke, four-cylinder, liquid-cooled, DOHC, 16-valve
Top Speed: 188 miles per hour (303 km/h)
Power: 197 horsepower (147 kW) @ 6750 rpm
Transmission: 6-speed, constant mesh
Standing 3rd in the list of top 10 fastest superbikes the name Hayabusa, translates directly from the Japanese as Pergerine Falcon, the bird commonly attributed of achieving speeds of over 180 mph (290 km/h) and predator of the common blackbird. The name Suzuki Hayabusa is a subtle reference to Honda’s competing Hawk models. When introduced in 1999, Suzuki Hayabusa overtook the Honda CBR1100XX Super Blackbird as the fastest production motorcycle. The first generation of the Hayabusa was called the GSX1300R and was powered by a 1299 cc (79.2 cu in) inline-4 liquid-cooled engine. In the US, the 2008 suzuki hayabusa will boast a price tag of $11,999 and stands still in the list of top 10 fastest bikes.

Introduced in 2001, the YZF R1 is powered by a liquid-cooled 999 cc inline four-cylinder 4-stroke engine. It too tops at 185 miles per hour. It features dual hydraulic disc brakes at the front and single ones at the rear.

MTT Turbine Superbike, also known as Y2K Turbine Superbike, is the world’s second wheel driven motorcycle powered by a turbine engine, created by Ted McIntyre of Marine Turbine Technologies Inc and it appears just below Suzuki GSX-R750. Powered by a Rolls Royce Allison 250 series turboshaft engine, producing 238kW (320hp), this motorcycle has a recorded top speed of 227 mph (365 km/h), with a price tag of US$150,000. It is recognized by Guinness World Records as the “Most powerful production motorcycle” and the “Most expensive production motorcycle”. Unlike other contemporary motorcycles (such as the Hayabusa), 2001 and later models of MTT Turbine SUPERBIKE do not have the 300 km/h speed limit self-imposed by Japanese manufacturers. MTT has achieved the 1st rank among the top 10 fastest bikes. 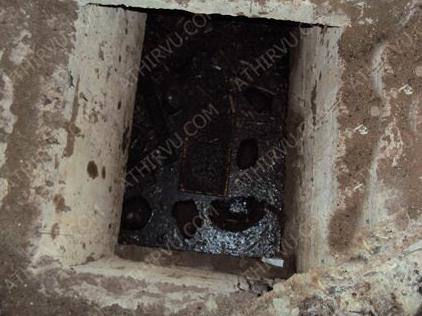